Q. What was your motivation behind writing 'Entangled Lives' and when did you start writing it?
A: Over the years, whenever I heard about terrorists and the conviction of going after them to the end of the word, I always thought about the lives they lived to commit all those acts of violence. Were they the only ones who as individuals were responsible? Or did those societies have something to contribute to the outcome we have seen on the world stage? And I didn't have to go very far to see the facets of the society in general, and the politics, both domestic and on the world stage, contributing to the violence they were committing. I was researching for Entangled Lives at the end of 2014, but I started working on it in 2015.

Q. What all research did you do to write about 'Entangled Lives' and how much time did it take for completing the book?
A: I researched extensively for Entangled Lives to bring the historical events as close to how they were depicted in the media. I also wanted to keep intact the timeline of the real events and therefore there were times I had to, sort of, wrap the events of my plot around the actual events. The Taliban's occupation of Kabul, their attacks on Mazar-e-Sharif, the death of Babrak Karmal, and the rest of the events have been depicted the way they were reported at the time in the media, and in the same order as they took place. It took me around three years to complete the book.

Q. Tell us about some specific historical events discussed in your book and how have you presented them for the readers.
A: The death of Babrak Karmal (leader of the Communist party who was hanged and castrated by the Taliban) was particularly a tricky one. I wanted to show the event but restrain the dramatization from going too far. I didn't want it as a center of attention but a supporting event that shows the mind of the Taliban. Rachel's interview with Abdul Rashid Dostum was a key to show fierceness but the liberalism of the North in comparison to the South where the Taliban rose. Her meeting with Commander Masud was a way to show the clumsiness of the Taliban in the battleground, and their negligence towards their own soldiers. It also shows that many Afghans who were educated abroad came forward to defend their country but they were never able to bring West on board against the Taliban.

Q. Tell us about the books that you are currently writing and their progress.
A: I am working on The Broken Promise and Trilogy of Love (working title). The Broken Promise depicts an awakening in the first half of the twentieth century, an awakening that is still encompassing our lives. The change in the East was in political thought and philosophy of life, whereas the West was at the threshold of new avenues of freedom. The dawn of the new era reinvents the characters of The Broken Promise, destroying the old paths. It is the story of characters that appear from different socioeconomic and cultural backdrops in Britain and colonial India, and interact in the framework of the variables of life to depict a view of that era through their desires, deeds and dilemmas.
Trilogy of Love (working title) is about three women that opened their eyes in entirely different cultures, but were connected with each other through the men in their lives and who came to somewhat the same conclusion about the freedom offered to them by religion and society. It starts in a small village of Eritrea, Africa, depicts Saudi Arabia and its women, and evaluates the freedom women experience in West through English society.
Complete Interview: https://qwertythoughts.com/authors-lobby/interviews/imran-omer/5b8e670c2328911b9437d92a

Popular posts from this blog 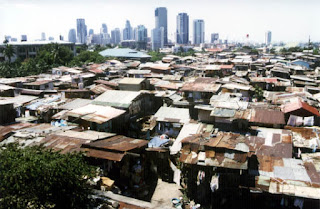 Urbanization in the Developing World The trend of rural populations moving toward cities has created huge problems in the urban societies of developing countries. In the year 2005, half of the world’s population was living in urban areas. In 1994, there were fourteen mega-cities (the cities that had at least ten million inhabitants). This number increased to thirty-seven in 2017. This migration of rural population to cities has created huge problems. SLUMS Due to this influx of population, cities are unable to provide amenities to all their residents and the growing slums have become centers of crime in the cities.  A report by the United Nations Human Settlements Program (UN-HABITAT) says that some 96,150 housings units per day are required to avoid the urban crisis in the near future. Under the title “Financing Urban Shelter,” the same report says that more than two billion people would be added as city dwellers by 2030. To provide housing to t
Read more

Many new voices that we hear more and more today in politics, business and art and culture were not heard as recently as fifty years back. Colonialism, slavery and economic repression never let these voices surface and come onto the world stage. Slavery/Colonialism This is not my attempt to equate slavery and colonialism. Slavery was and is far harsher than any colonial era in history. My intention is to bring all repression due to race/color under one large umbrella.There is a difference in degree, but the repressors have the same goals,in which the greed of the offenders and lack of power-sharing play a big role. When a group is systematically repressed, its voice is crushed, its history is distorted, and its political and socio-economic freedom is violated. The power is with the colonizer, and as a result, the native culture is portrayed as low, lacking high morals and ideals. During the colonial era, the powers (whether they were British, Spanish or any other) tried t
Read more